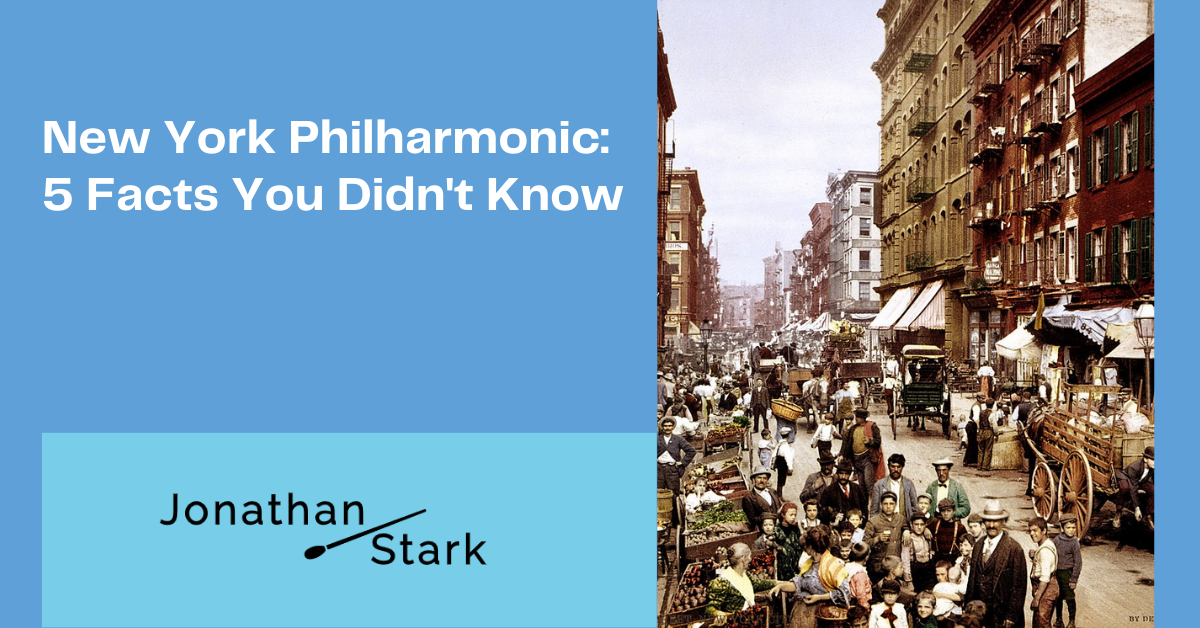 1) The New York Philharmonic is an engine of new music.

This was especially true between 1958 and 1977, when Leonard Bernstein and Pierre Boulez were the music directors in New York. Bernstein and Boulez were themselves not only conductors, but also composers, and thus great proponents of contemporary music. As part of a multi-year project, the New York Philharmonic premiered 109 works.

But even before Bernstein and Boulez’s tenure, the orchestra was known for numerous premieres. These included works by composers such as Dvořák, Gershwin and Barber.

Beginning in 1909, the New York Philharmonic was significantly shaped by Mary Seney Sheldon, a member of New York’s upper class. With her tight management style, she transformed the orchestra into a modern, management-led organization. One of her greatest achievements was the engagement of a world star of the time as music director: Gustav Mahler.

Mahler enjoyed being in New York – he conducted many first performances there and also repeatedly put his own symphonies on the program. When Mahler died in 1911, only two years after taking the music director post in New York, he left a big gap. Mahler’s successor, the Czech Josef Stránský, was never recognized by music critics as a worthy successor to Mahler.

Mary Seney Sheldon was elected the first president of the New York Philharmonic in 1912. She managed to reorganize the orchestra financially.

Already 30 years before Sheldon was to bring Mahler to New York, the New York Philharmonic was in a miserable financial situation. Only through the consistent efforts of Theodore Thomas, who was music director in New York from 1879 to 1891, did the situation improve.

After his success in New York, Theodore Thomas moved to Chicago in 1891 to found the Chicago Symphony Orchestra.

4) The New York Philharmonic is the oldest orchestra still in existence in the U.S.

The New York Philharmonic has existed since 1842, when it was founded by the American conductor Ureli Corelli Hill with the active support of the Irish composer William Vincent Wallace. However, at that time the orchestra was still called the “Philharmonic Society of New York”.

5) The New York Philharmonic is an ambassador of the U.S.

The orchestra has always seen itself as a “touring orchestra” – numerous concert tours all over the world bear witness to this. But some concert tours are special because they are also politically explosive.

Now you know the New York Philharmonic a little better. Want to learn more about the other Big Five orchestras, too? Then read how the Boston Symphony Orchestra was shaped by six different cultures, or 5 more facts about the Chicago Symphony Orchestra.

Big Five Orchestras: The 5 most important orchestras in the USA?

Philadelphia Orchestra: 4 Highlights between 1904 and 1916