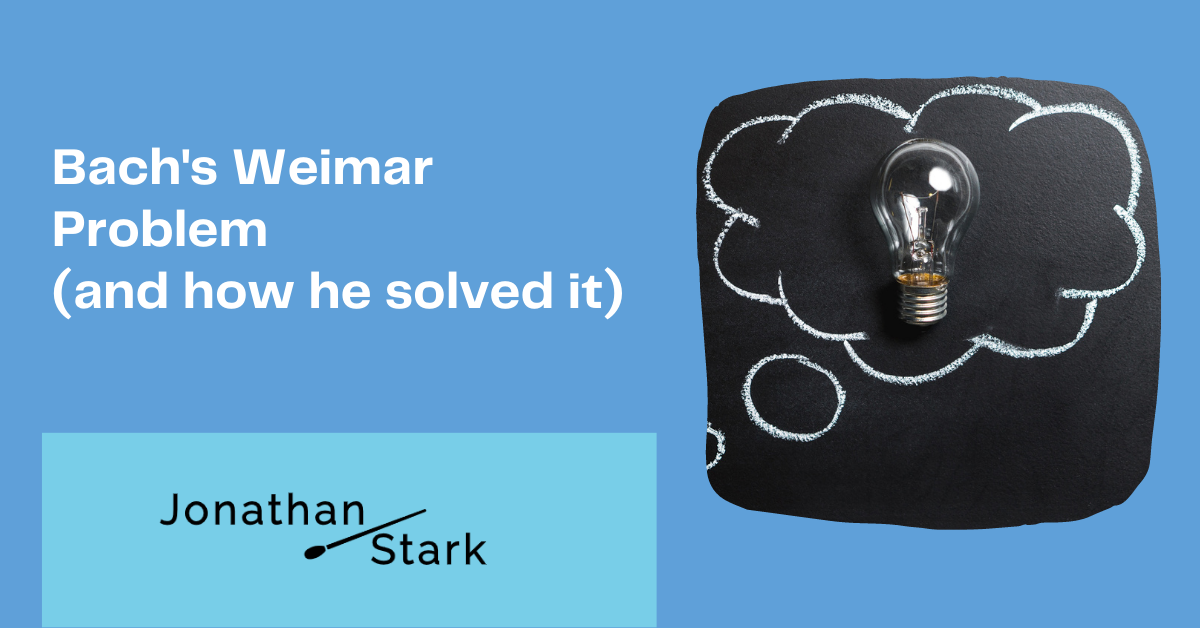 Johann Sebastian Bach could have been satisfied on March 2, 1714. After his early professional years, he was appointed concertmaster in Weimar. This meant he received a handsome annual salary of 250 florins.

However, there was a problem.

With the new position came a new duty: Bach had to compose a new cantata every four weeks from now on.

Cantatas are works for choir, orchestra and vocal soloists, consisting of choral numbers, recitatives and arias. To present such a work every four weeks is not impossible, but challenging.

At the same time, an Italian composer was making news in Central Europe: Antonio Vivaldi. You are certainly familiar with his Four Seasons. Vivaldi published his works with a publisher in Amsterdam, which contributed to the rapid spread of his music north of Italy.

Bach knew what to do. He had to study Vivaldi’s style carefully so he could adapt it for his own compositions. Bach also knew that there was only one way to accomplish this goal.

Put yourself in Bach’s shoes. In 1714, there were no recordings of Vivaldi’s music, no Internet, and no telephone. If Bach wanted to communicate with Vivaldi, he either had to meet him or write him letters.

It was rather unlikely that Bach could break away from his Weimar commitments for a several-week trip to Italy to meet Vivaldi. It was even more unlikely that Vivaldi would come to Weimar.

Bach could have written letters to Vivaldi… But in 1714, it took days or weeks for letters to be delivered. This exchange would not have been particularly efficient.

No, Bach had only one option.

First, he had scores of Vivaldi’s compositions brought to him (Prince Johann Ernst, the son of Bach’s employer in Weimar, brought them from the Netherlands).

Then – he copied them. By hand. For nights on end.

That helped. By copying, Bach became so familiar with Vivaldi’s music that he could use it as inspiration for his own works. He fulfilled his obligation to present a new cantata every four weeks, and in 1723 even became Thomaskantor in Leipzig, where he composed a new cantata every week for a time.