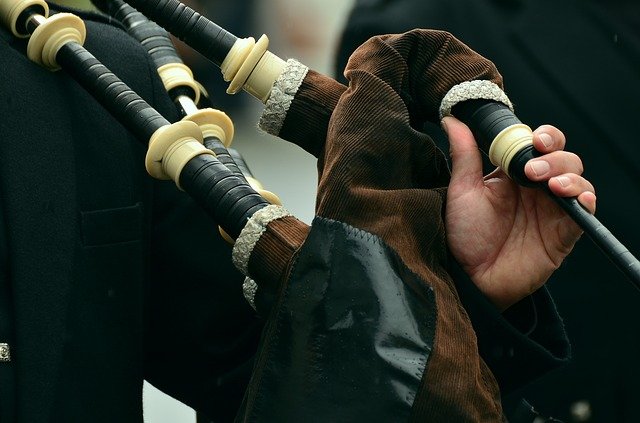 Have you ever asked yourself where great composers got their ideas from? No doubt: a thorough education, a solid mastery of the craft of composition and an untiring will to work have always been decisive. But sometimes great composers have simply copied.

Folkloric music in particular offered a welcome pool of ideas for this purpose: this music did not usually exist in written form, but was melodically catchy, easy to remember and popular with the audience.

An example of how folklore could influence symphonic music is the final movement of Joseph Haydn’s Symphony No. 104. Haydn was inspired by the Croatian ballad Oj Jelena, which you can hear here:

Pretty, isn’t it? The melody is catchy and cheerful, making it perfect for the final movement of a classical symphony. Haydn made the following out of it:

Did you notice? Haydn not only makes small melodic adjustments, but also underlays the melody with long notes in the horns (a so-called pedal). This instrumentation trick not only enhances the folkloristic effect, but also reminds us of a prominent instrument in folk music: the bagpipe. No wonder that the symphony was later also given the nickname “with the bagpipes”.

A Croatian ballad and a bagpipe in a symphony by an Austrian composer – how can all this be combined? For this you need a little music-historical background knowledge.

Haydn in London and Eisenstadt

Joseph Haydn made two journeys to London between 1791 and 1795, where he premiered a total of twelve brand new symphonies. These twelve symphonies – Nos. 93 to 104 – are now known as the “London Symphonies”. So Symphony No. 104 was also written for the London concert audience, which may explain the association with the bagpipe.

Before Joseph Haydn set off for London, he was employed as Kapellmeister in the Austrian city of Eisenstadt on the estate of the influential Hungarian Esterházy family. A Croatian diaspora existed in and around Eisenstadt at this time – Haydn probably has picked up Oj Jelena‘s melody on the streets of Eisenstadt.

Inspiration is one thing, but it only becomes art when you have mastered the corresponding craft. Haydn would not be Haydn if he did not cleverly process the main theme inspired by the Croatian ballad in the course of the final movement.

Why don’t you get an impression for yourself? I have already had the pleasure of performing the final movement of Haydn’s Symphony No. 104 in Athens with the Athens Philharmonia Orchestra. I hope you enjoy watching the concert recording: