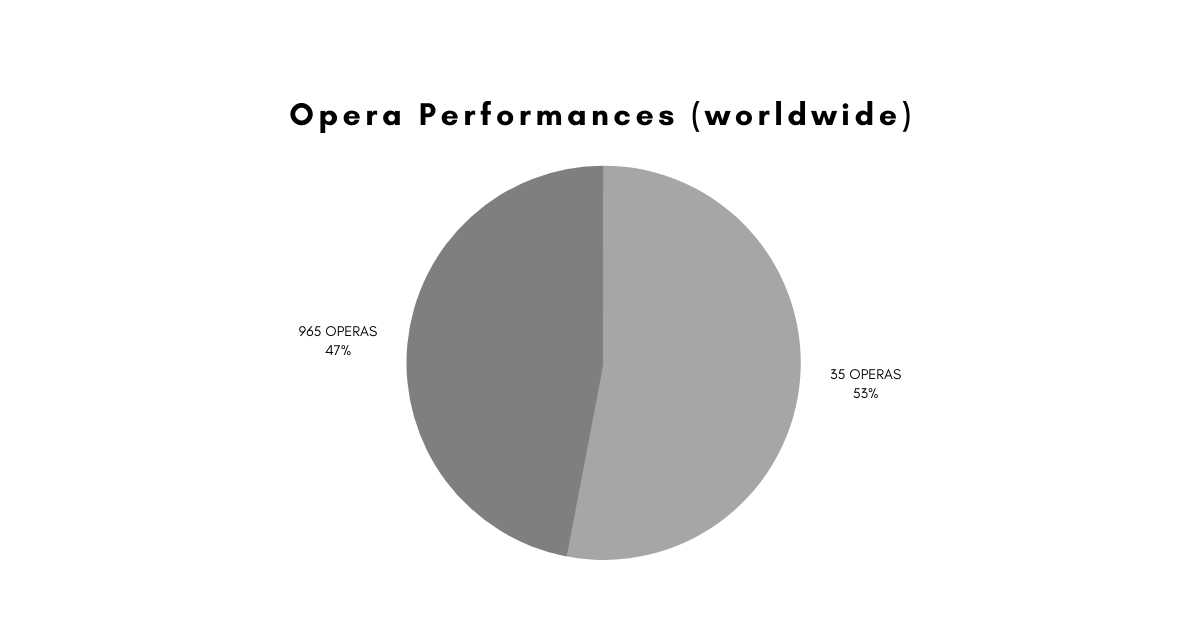 Granted: The 2019/20 opera season is not representative. The impact of the Corona pandemic was too great. Nevertheless, it is interesting to look at statistics of the opera business from time to time. The homepage operabase.com offers plenty of material for this purpose.

What I find particularly remarkable is that of the 1,000 most frequently performed operas in the 2019/20 season, 53 percent of the performances are of only 35 works. Admittedly, I knew that opera was a highly “consolidated” market, if you want to make a comparison with the economy. Besides, there is a rumor that 99% of the music performed worldwide is by 1% of the composers who have ever lived. Nevertheless, I was surprised by the above-mentioned division in the opera repertoire – so much so that I felt inspired to graphically illustrate the ratio: 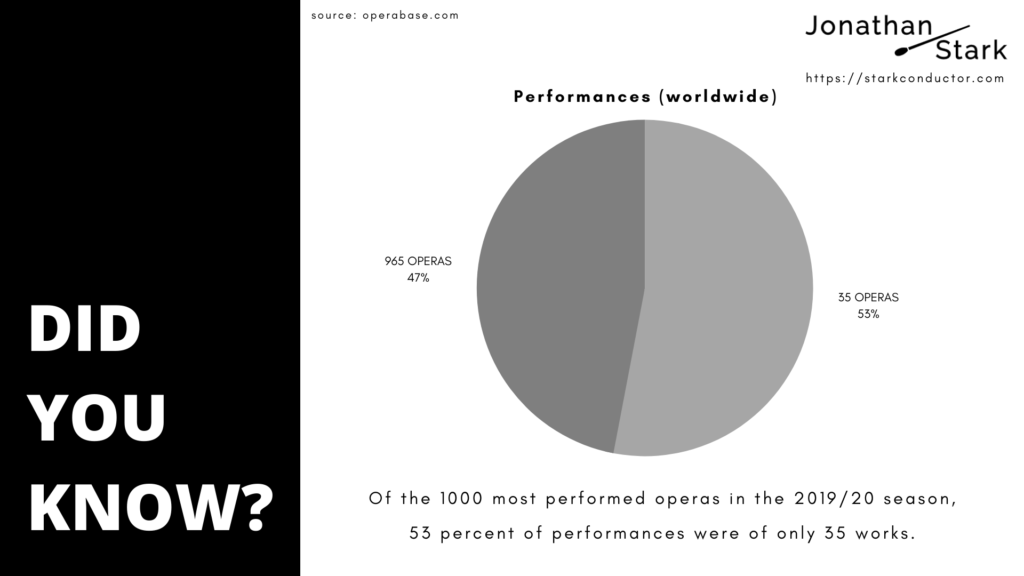 Thirty-five operas make up the majority of the world’s opera performances – first to third places in the 2019/20 season are occupied by La Traviata by Verdi, Carmen by Bizet and La Bohème by Puccini.

You don’t have to think that’s good. Personally, I’m always happy when I discover opera productions off the mainstream on the schedules. But you also have to be aware of the fact that an opera house is also a commercial enterprise. A Traviata or Magic Flute (which, by the way, is unusually far behind this year in terms of the number of performances) guarantees almost a sold-out house – an Alessandro by Handel probably not so much.

In any case, we conductors can see something positive in the statistics: Whoever has the 35 most frequently performed operas in their repertoire can, statistically speaking, jump in for every second opera performance worldwide.