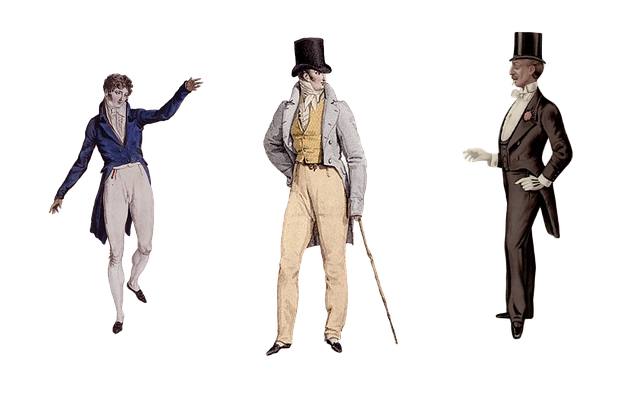 Along with the baton, the tailcoat is probably the most eye-catching trademark of a conductor – even though not all conductors wear tailcoats regularly any more. A few thoughts on the history, meaning and purpose of this festive garment.

Wearing tails as a musician - why actually?

Now, in the course of the 19th century, public music events increasingly shifted from the courts to public concert halls. In this new civil context, uniform was rather inappropriate. A new dress code was needed, which on the one hand was suitable as social evening dress, but on the other hand also reflected the togetherness of the orchestra musicians – a task that had previously been performed by the uniform.

Consequently, the tails became the new professional clothing of the orchestra musicians. Nowadays, wearing a tailcoat in concert is even prescribed by collective wage agreements in some orchestras.

Perhaps it is a bit inconsistent of me to include the tails in the series of Conductor’s Tools – because especially among conductors, many other items of clothing are common. They range from a simple black shirt to a kimono. Nevertheless: Those who respect the good old school wear tailcoats – also and especially as a conductor. However, the good old school also prescribes exactly when the tails are to be worn – and when not.

The concert as a festive occasion

Strictly speaking, the tailcoat may only be worn in the evening – in the afternoon, however, the cutaway or the stroller is the garment of choice for men. Many concerts take place in the afternoon – subscription concerts even frequently on Sunday mornings. How strictly a conductor wants to adhere to these clothing conventions is a personal decision.

One thing is clear: This particular garment reflects the elegance and uniqueness of the concert or opera experience – and that is a good thing. However, the tailcoat has an admittedly banal, yet decisive problem: it is actually too hot, too tight and too uncomfortable for making music. What to do?

In an earlier article I already mentioned that playing opera is comparable to high-performance sports. It is astonishing that musician’s clothing did not take this into account until recently. While sportswear is made of highly developed, breathable materials, orchestra musicians usually wear wool in the orchestra pit.

Fortunately, more and more attempts have recently been made to adapt the tails to the activities of a musician. In Vienna, for example, there is the men’s outfitter Frack & Co, which offers a special tailcoat for musicians. My own tailcoat also comes from there. Another company worth mentioning is Woolwind, which developed and patented a new tails concept in cooperation with the Bamberg Symphony Orchestra.