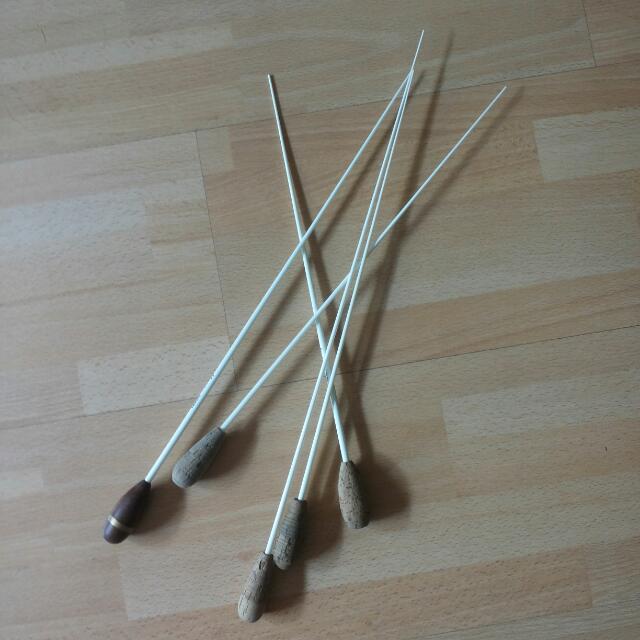 For many concert-goers it is a mystery: What does the conductor need a baton for? Indeed, the baton is an extremely useful tool for us conductors. In the following I will explain why.

It is the fundamental problem that causes us conductors to struggle: we ourselves do not make audible music. Always and everywhere we depend on working with cooperative musicians. Even our “instrument”, the baton, does not change this. We love it nevertheless, because it supports us in many aspects of conducting.

What can the baton do?

The baton helps to indicate the tempo of a piece of music with brief movements. In addition, there is a standardized “conducting pattern” for each time signature – this “sign language” is understood by orchestras all over the world, from Washington to Melbourne. This is something we conductors are naturally proud of. Who speaks a language that is understood all over the world? 😊 Finally, the baton also helps to give cues or to highlight interpretative details.

Is it really necessary?

Perhaps you are now wondering whether all the conducting tasks described above cannot be accomplished without the baton. You are right. The baton is not a necessary condition for successful conducting. But it is extremely useful under certain circumstances:

If these prerequisites are not met, there is no need for a baton. Almost all choral conductors conduct without a baton, for example, and quite rightly so. A choral sound can be shaped much more intensively with two free hands than if one hand is “blocked” by the baton.

The development of the baton

As already indicated, the conductor’s baton, as we know it today, only spread as the orchestra grew in size. Previously, simple aids such as rolled up music paper were used instead. Especially in opera, it was common for the first violinist and the harpsichordist (who was often the composer at the same time) to share the conducting function. Thus, for example, it may be considered certain that Wolfgang Amadeus Mozart conducted the world premiere of his Don Giovanni on October 29, 1787 in the Prague Estates Theater from the harpsichord.