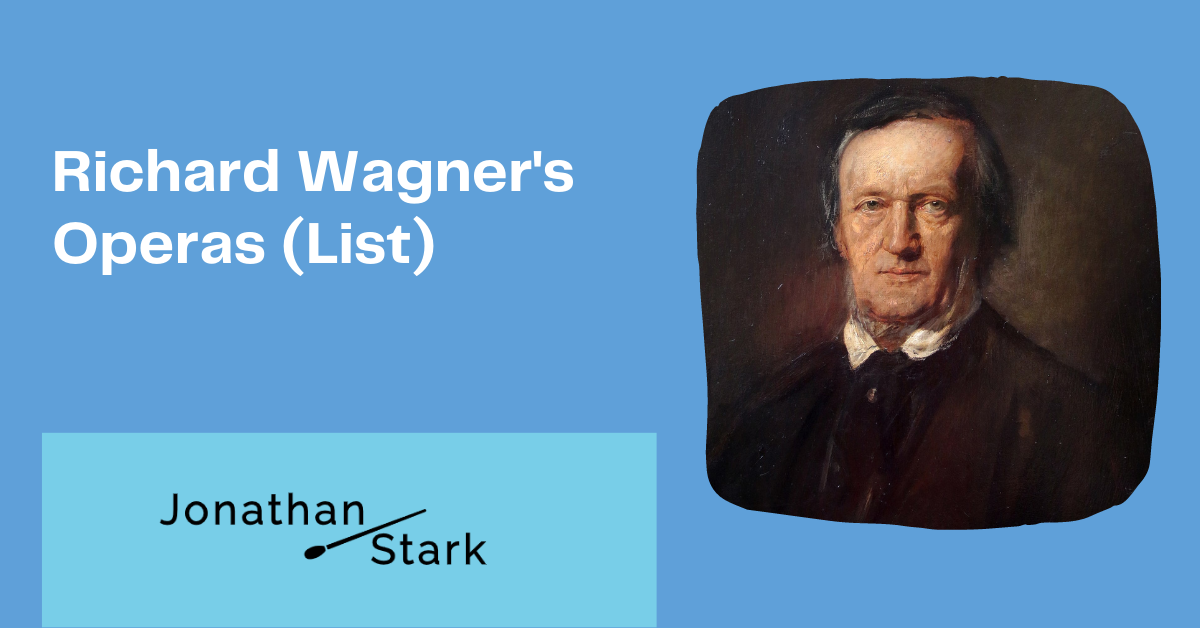 For many opera-goers, Richard Wagner’s operas are among the highlights of the repertoire. Wagner created a total of 15 stage works in his lifetime. But only the last ten (from the Flying Dutchman to Parsifal) may be performed at the famous Bayreuth Festival – Wagner himself stipulated that.

Wagner was known as a slow worker. That is why it is interesting to take a look at the following table of all Wagner operas and the periods in which they were written: Wagner worked on the “Götterdämmerung” (with numerous interruptions) for 26 years!

In addition, you will find the respective work numbers in the Wagner-Werk-Verzeichnis (WWV) as well as the dates of the world premieres.

Singspiel – what is that?