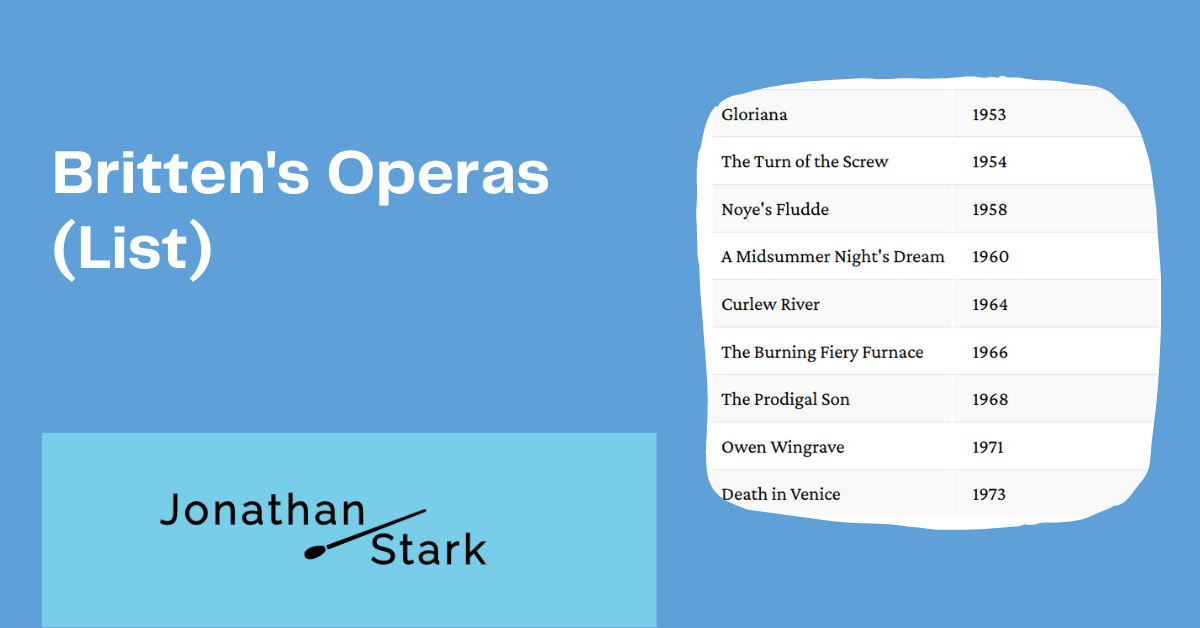 Benjamin Britten (1913–1976) is one of the great British composers. Concertgoers are probably most familiar with Britten’s War Requiem, which has been one of the most important works for chorus and orchestra since its premiere in 1962.

But Benjamin Britten was also productive in the field of opera: his best-known stage works are probably Peter Grimes and A Midsummer Night’s Dream. In addition, however, he created many other pieces for the opera stage.

In this list you will find all operas by Benjamin Britten with the year of the premiere.

Singspiel – what is that?

Pamina, Who Are You?

Who was the first Don Giovanni?