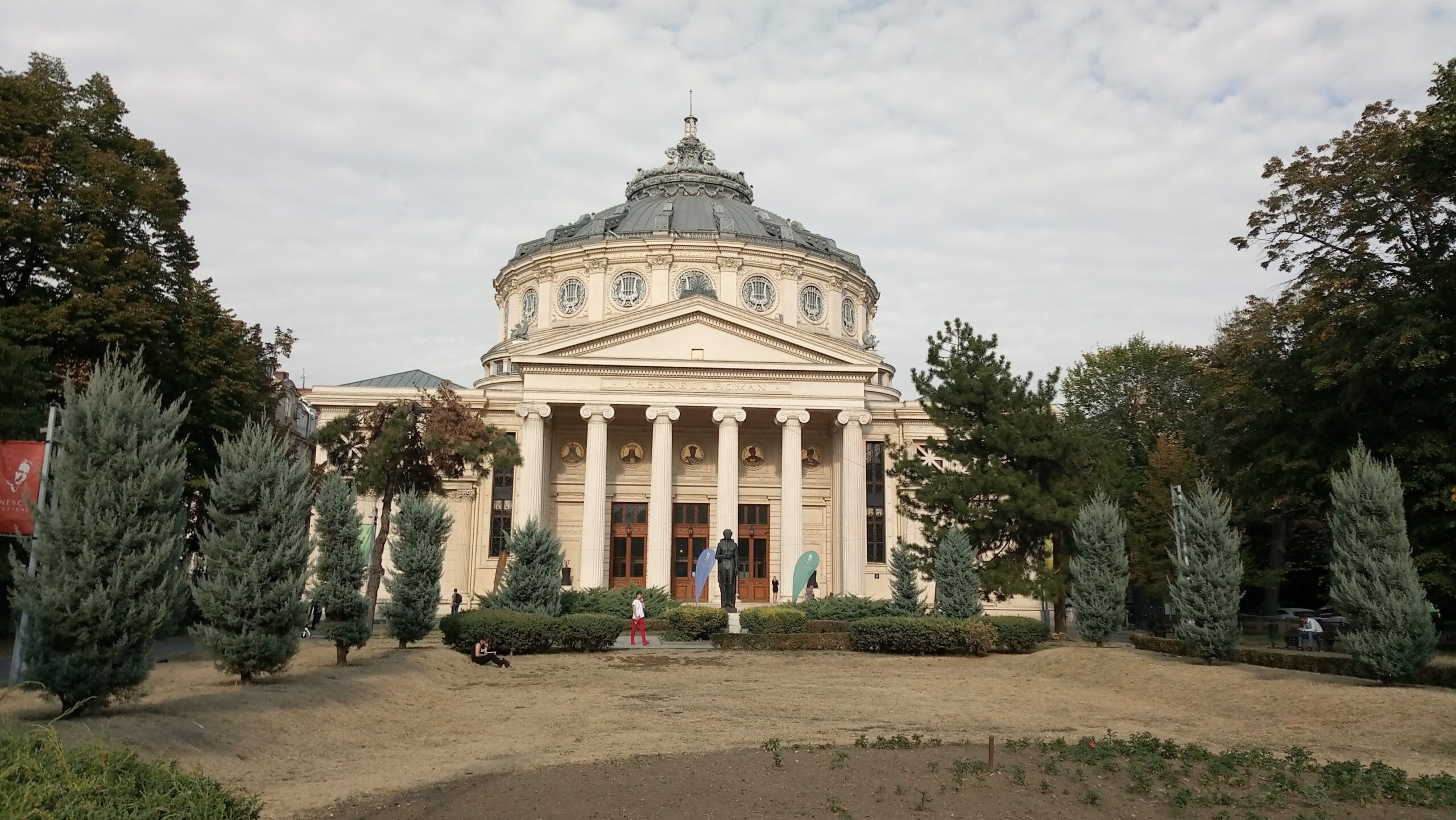 Bucharest, 1865: A building for the benefit of society is to be constructed. What should it be? A circus, a parliament building or a concert hall? The Bucharest Athenaeum was all of that.

The Bucharest Athenaeum almost became a circus. When in 1865 the decision was made to build a building for the benefit of society, the site was intended for a circus. This plan was rejected when the Literary Society “Ateneul Român” wanted to use the planned new building as its headquarters – but there was a problem: the money was missing.

It is probably thanks to this shortage of money that Bucharest now has what is perhaps one of the most beautiful concert halls in the world, the Athenaeum – because in an unprecedented 28-year-long appeal for donations, the new building was financed and declared a concert hall.

The fact that the Athenaeum did not remain a mere concert hall is probably due to its eventful history. Between 1919 and 1920, the building was transformed into the House of Representatives – and made history: On December 29, 1919, the unification of Bessarabia, Transylvania and Bucovina with the old Romanian kingdom to form Greater Romania was decided here. The Bucharest Athenaeum is thus likely to be politically as important as the Prague Estates Theater, where a national anthem was born.

In 1924, the building was also equipped with a cinema – entertainment in various forms was therefore available from that time on. Apart from the concert hall, the House of Representatives and the cinema, the Athenaeum has always been a museum.

The Bucharest Athenaeum as a witness of Romanian history

Both from the outside and the inside, the impressive building documents Romanian history: outside are golden portraits of Romanian princes; inside, a fresco by Costin Petrescu illustrates the revolution of 1848, the unification of 1859, the war of independence and many other historical events.