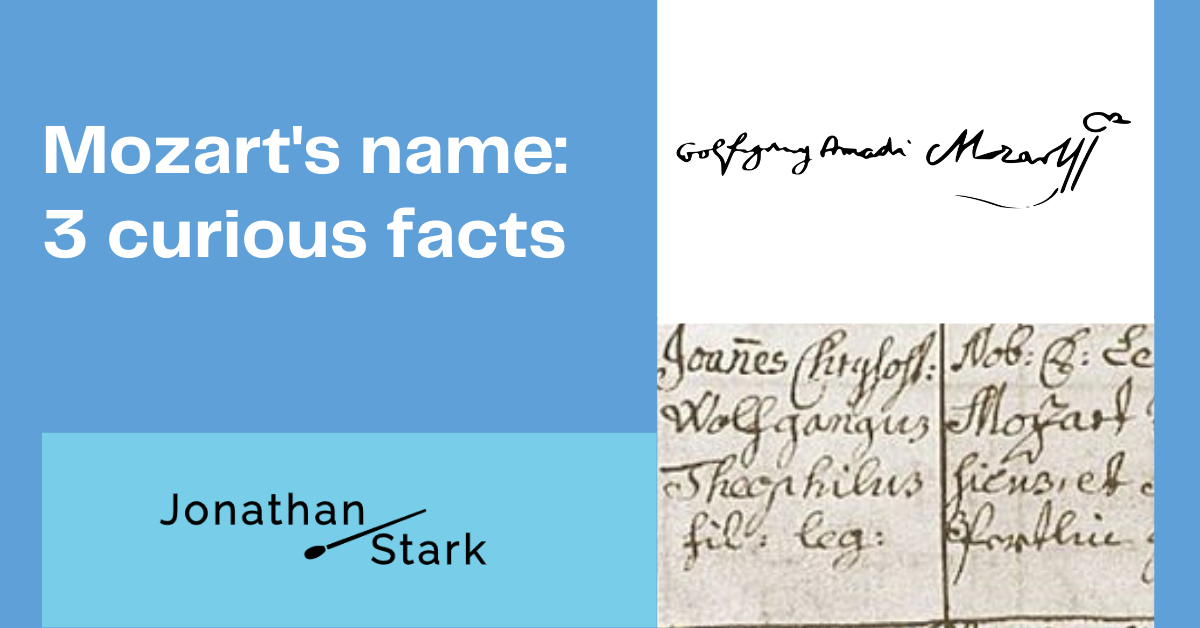 The name Wolfgang Amadeus Mozart is world famous. However, behind this name are all sorts of curiosities that are little known. Three of them I present to you here.

1) A species of frog is named after Mozart

Eleutherodactylus amadeus, found in Haiti, was named after Wolfgang Amadeus Mozart and is – a frog. Biologist Stephen Blair Hedges chose this name because the audio spectrogram of the call of this frog species looks like musical notes.

2) Mozart had many first names

After Mozart was born on January 27, 1756 in the Getreidegasse in Salzburg, he was baptized the following day in the Salzburg Cathedral with the name Joannes Chrysostomus Wolfgangus Theophilus:

Hm. Are you wondering now where the “Amadeus” has gone? After all, that’s actually the first name we most associate with Mozart. Even the most famous Mozart movie is called “Amadeus”.

For this you must know that in Mozart’s time people liked to switch back and forth between the German, Latin and Greek variants of the same name. The answer to the question where the “Amadeus” appears in Mozart’s name lies in Mozart’s last given name: “Theophilus” (actually “Theophilos”) is a Greek name. The German variant of it is “Gottlieb” and translated into Latin the name means – Amadeus.

3) Mozart signed with another name

Would Mozart have been as famous if he had called himself Wolfgang Theophilos Mozart? Who knows…

In any case, Mozart certainly thought about his image. He preferred not to sign his name with “Amadeus”, but with “Amadé”. See for yourself:

Perhaps this French-influenced variant seemed more sophisticated at the time, which could have helped Mozart, who thrilled his audiences in many different cities. Or perhaps he simply thought “Amadé” was more beautiful. Incidentally, Mozart himself only used the Latin variant “Amadeus” in three letters, and even there – as so often with Mozart – only in jest.

By the way: There are also 3 curious facts about George Frideric Handel.

7 Facts about Beethoven’s Symphony No. 3 (“Eroica”)

A Day in the Life of Ludwig van Beethoven