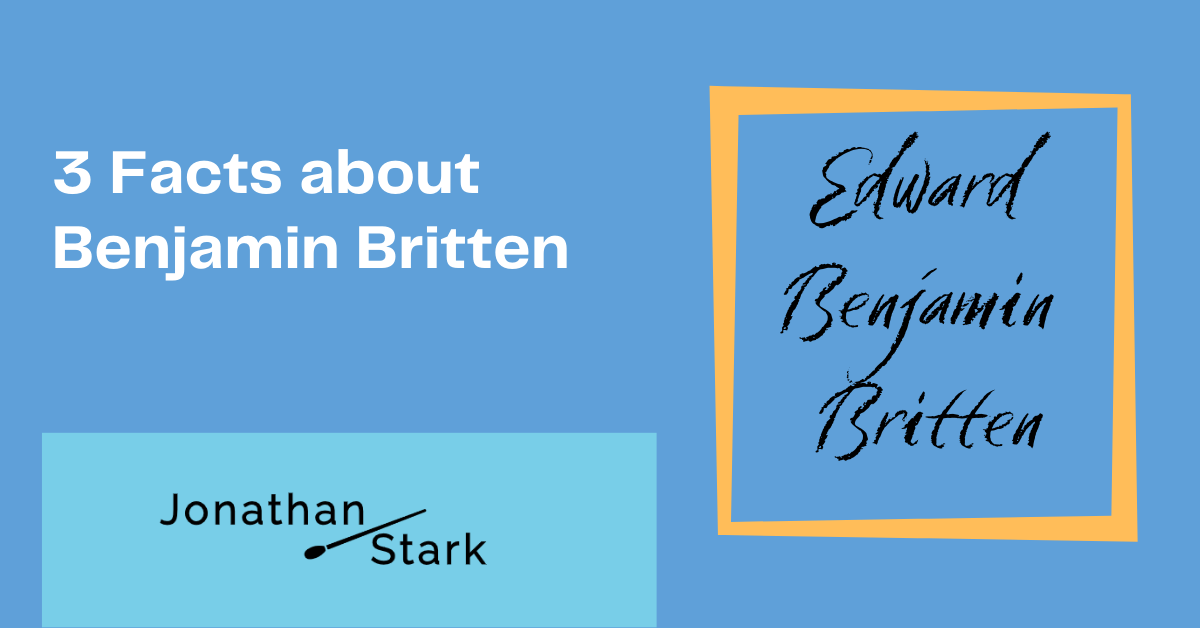 Benjamin Britten (1913–1976) is considered one of the most important British composers. With his consistently pacifist stance as well as his conservative compositional style, he stood out from many fellow composers in the 20th century. Read 3 facts about Benjamin Britten here.

1) Benjamin Britten was a Pacifist

When World War II began in 1939, Britten left his homeland and moved to the United States. Although he returned to Great Britain as early as 1942, he consistently refused military service.

Almost 20 years after the end of the Second World War, Britten’s War Requiem was premiered. This piece is still one of the most important works for choir and orchestra and is representative of Britten’s pacifist attitude.

For example, texts from the liturgy are combined with poems by Wilfred Owen, who was killed in the First World War. Three vocal soloists from the formerly hostile warring powers were engaged for the premiere in 1962: Soprano Galina Vishnevskaya from Russia, tenor (and Britten’s life partner) Peter Pears from England, and baritone Dietrich Fischer-Dieskau from Germany.

Unfortunately, this beautiful idea could not be fully realized at the premiere because Galina Vishnevskaya did not receive permission to leave the country from the Soviet government. However, the first recording (1963) features all three soloists, and Britten himself conducts the work.

Henry Purcell was, some 250 years before Benjamin Britten’s birth, the most important English composer. Britten revered his music and also memorialized the Baroque master in his own work: in Young Person’s Guide to the Orchestra, Britten adapted a musical theme by Henry Purcell:

(You can hear the WDR Symphony Orchestra conducted by Jukka Pekka Saraste).

Britten lived for a long time in Aldeburgh, a town of just 3000 people on England’s North Sea coast. In 1948, Britten founded the Aldeburgh Festival there, which still exists today.

Many of Britten’s works have been premiered at the Aldeburgh Festival, including even some of his operas. The festival continues to grow – as recently as 2009, several new buildings were constructed to provide enough space for the growing audience.

7 Facts about Beethoven’s Symphony No. 3 (“Eroica”)