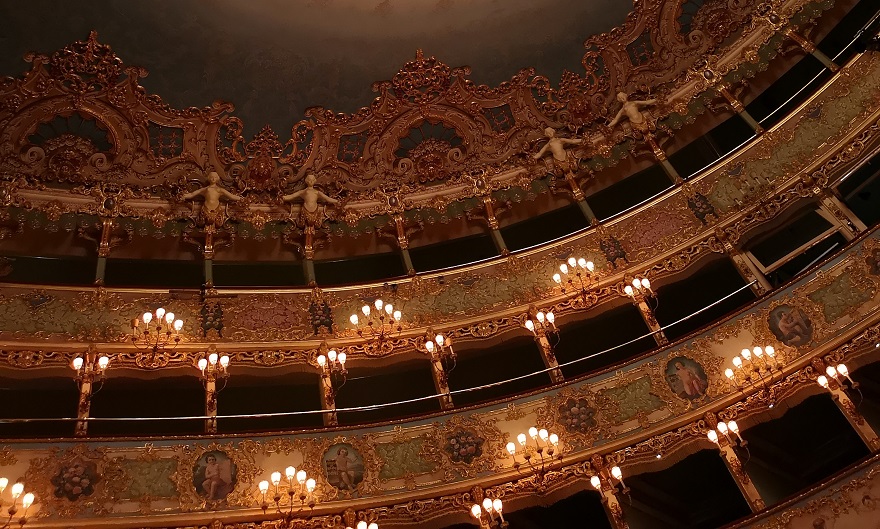 The Teatro La Fenice in Venice is one of the most important opera houses in the world. To be able to build and maintain this good reputation, perseverance and optimism were necessary – because this opera house has been burned down and rebuilt several times. In this blog post, I tell the story of Teatro La Fenice. A drama in three fires.

The Teatro La Fenice is one of the world’s most important opera houses. But how does it happen that an opera house gets the nickname “Fenice” (in English: “Phoenix”)?

Let’s take a short excursion into mythology, because a phoenix is a mythical bird. However, it is a special one.

At the end of its life, a phoenix doesn’t die like an ordinary bird, but burns to death (that alone would be dramatic enough to make it onto an opera stage).

But that’s not all. The phoenix performs its stage-ready exitus only to rise again from its own ashes immediately afterwards (now it’s getting really diva-like). Hardcore phoenixes perform this remarkable feat not only once, but over and over again.

And that’s exactly how the Teatro La Fenice in Venice did it. This opera house, in fact, was not only burned down once and then rebuilt, but three times (it is, so to speak, a drama – or an opera – in three acts).

Therefore, I would like to take the rather unusual opportunity to tell the story of an opera house along three fires. The Teatro La Fenice simply offers an irresistible steep for it.

In 1755, an opera house was opened in Venice that was soon to be considered the most important in the entire city: the Teatro San Benedetto. This opera house was the predecessor theater of the Teatro La Fenice – but first things first.

This will become important later. For now, just remember: Grimani builds at Venier.

This cooperation between the Grimani and Venier families also worked quite well. However, after some time the Grimani family gave the operation of the theater to a consortium of opera box owners of the Teatro San Benedetto.

Those were the days! The people who sat in the opera box night after night were themselves responsible for running the house. That’s what I call cultural citizenship.

Even this change of operator initially did nothing to dampen the success of the Teatro San Benedetto.

It burns. First properly, then legally.

But then, in 1774, a major fire occurred in which most of the Teatro San Benedetto burned down.

Strictly speaking, it was not the Teatro La Fenice that burned down in the first fire, but its predecessor theater. So I dramatized a bit above (but only a bit. Besides, that’s part of any good opera).

The reconstruction of the Teatro San Benedetto was still managed with united forces, but then there was a dispute about who was allowed to continue operating the theater, which was once again in working order. A legal dispute was opened. The contestants were: 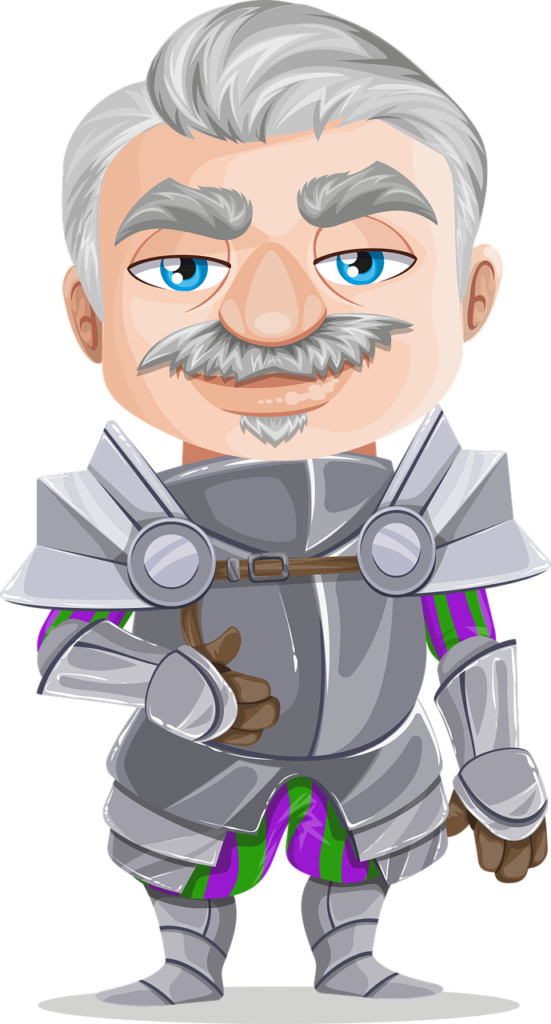 Old-established in Venice and very, very powerful. On their property the Teatro San Benedetto had been built in 1755. 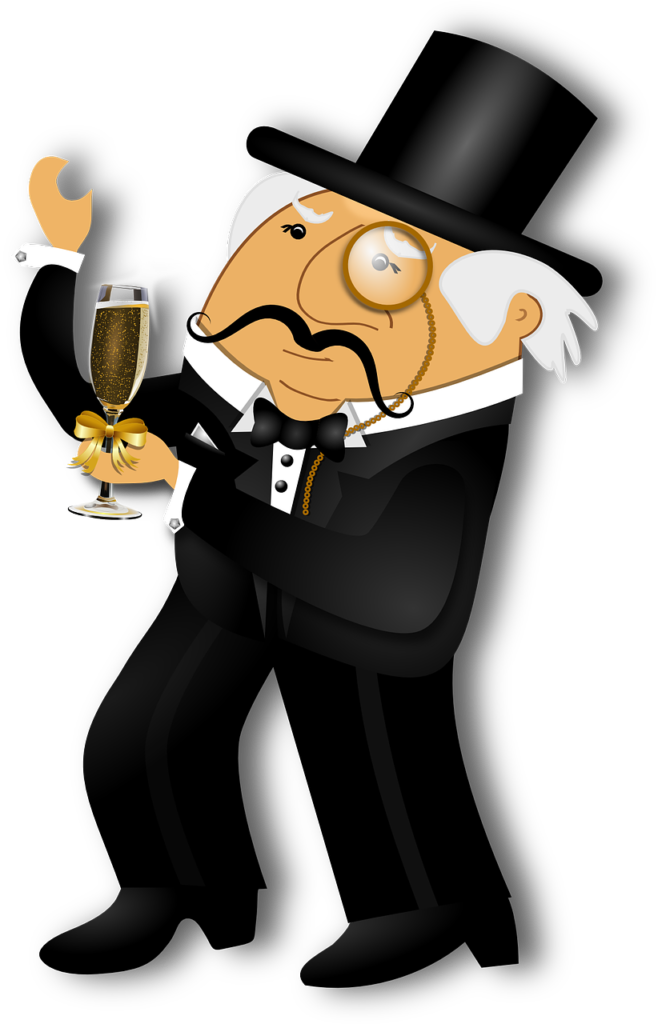 Less powerful than the Venier family, but better opera connoisseurs. The opera box owners ran the Teatro San Benedetto in the years before the great fire.

A legal dispute is rarely productive. Here, however, we can speak of a stroke of luck, because the Teatro La Fenice owes its existence to this legal dispute. It came as it had to come: the powerful Veniers won the legal dispute.

Now good advice was expensive on the part of the opera box owners. What could they do? They had no chance against the Veniers by legal means. But…

…they still had their love of opera! And if they were so rudely removed from their regular theater, what could be more logical than simply building their own new opera house? And so it came to pass. The curtain rose on the Teatro La Fenice – literally risen from the ashes (like the phoenix) and ceremoniously opened in 1792. 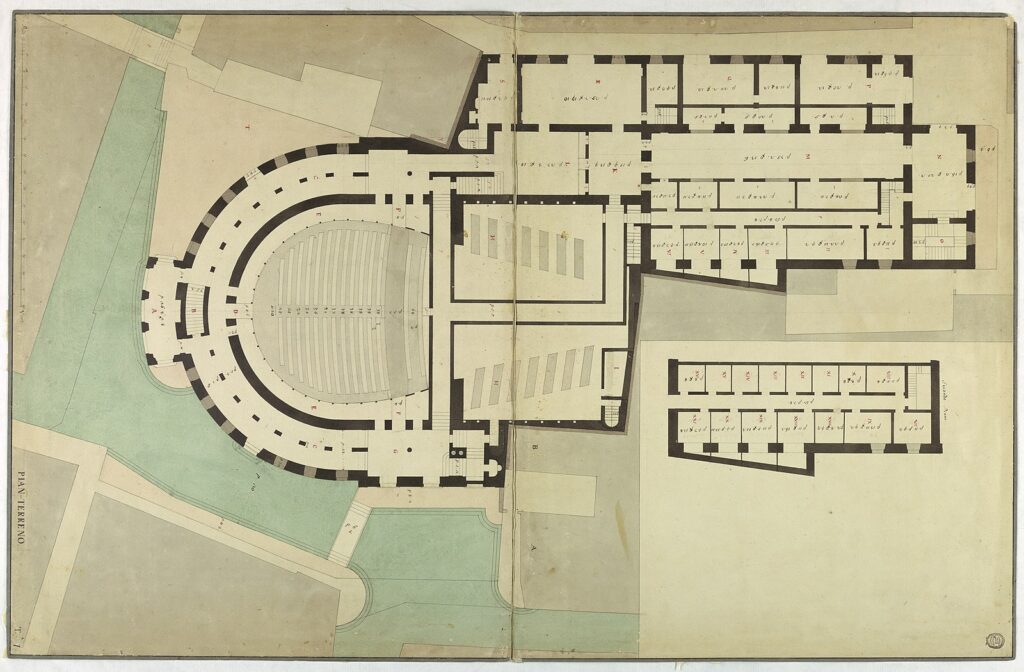 The opera box owners who now ran the Teatro La Fenice were clever. Of course, any Venetian could associate the name of the new opera house with the great fire of the previous theater – so the choice of name was a clever form of branding, as we would probably say today.

At the same time, however, the naming was ambiguous – because most of the opera box owners were Freemasons.

The Freemasons are an ethical association that professes the ideals of freedom, equality, fraternity, tolerance and humanity. During the time of the Enlightenment, the acquisition of rational knowledge was very important in these circles – figuratively speaking, it was about bringing light into the darkness.

As a so-called sunbird, the phoenix stands for rebirth and resurrection and thus corresponds to this light symbolism.

The Teatro La Fenice has been at the center of Venetian cultural life from the very beginning. Numerous premieres ensured that the opera house soon became known beyond the borders of Italy. After a few years, it was considered one of the most important opera houses in Europe.

Most of the works that were performed at the Teatro La Fenice at that time are almost unknown today. By the way, this is also true for the composers of these works. Or do the names Giuseppe Francesco Bianchi, Marco Portugallo or Niccolò Zingarelli mean anything to you?

However, two opera composers whose works were performed between the opening in 1792 and the next major fire in 1836 are still known today: You may have heard of Giuseppe Farinelli, but certainly of Gioachino Rossini.

A flop in the Teatro La Fenice: Rossini's Sigismondo

The example of Gioachino Rossini, by the way, shows that the fame of an opera house is not only manifested by outstanding productions – failures may damage reputations in the short term, but they often ensure an explosive rise in fame.

In 1814, Rossini’s opera Sigismondo premiered at the Teatro La Fenice – and flopped. The reason: a convoluted, completely implausible plot for which the librettist Giuseppe Maria Foppa was responsible. Not even Rossini himself was satisfied with the opera.

The failure of Sigismondo was lasting. In fact, it continues to this day. The result is that even today this opera is not performed, but it is talked about – and thus also about the Teatro La Fenice.

But now back to the ambivalent relationship between the Teatro La Fenice and fire: In 1836, as I have already said, the next major fire occurred. The good news: this time the fire did not lead to complete destruction. Within a short time, the opera house could be renovated and was ready to play again for the next season.

It was after the renovation in 1836 that the Teatro La Fenice became truly successful. It is fair to say that the golden age of the house began at this time.

No less than five operas by Giuseppe Verdi were premiered here between 1844 and 1857. These are the operas Ernani, Attila, Rigoletto, La Traviata and Simon Boccanegra, which are still frequently performed today. La Traviata is even one of the most performed operas ever.

Listen here to the overture of the opera La Traviata, played by the Orchestra del Teatro La Fenice and conducted by Sir John Eliot Gardiner. This performance was part of the Teatro La Fenice’s New Year’s Concert in 2013:

Other ‘highlights’ of this golden age include the Italian premiere of Richard Wagner’s Der Ring des Nibelungen in 1883 and the world premiere of Igor Stravinsky’s The Rake’s Progress in 1951.

For 160 years, the Teatro La Fenice was spared further fires. Then, in 1996, it happened again: the opera house burned down almost completely. This time it was arson.

The processing of this third fire took many years – the press reported on it extensively.

But the Teatro La Fenice rose again like the phoenix from the ashes: in 2003 it was reopened first as a concert hall – for the inauguration the Orchestra del Teatro La Fenice played under the direction of Riccardo Muti.

In 2004, opera operations were also resumed. Which opera was performed at the reopening?

La Traviata, of course. The production was by Robert Carsen, with Lorin Maazel conducting.

With the reopening in 2003 and 2004, respectively, the Teatro La Fenice was once again able to continue its impressive history as an important opera stage. This has not changed to this day – at the Teatro La Fenice you can experience symphony concerts and opera performances all year round. I’d say it’s a must-see on your next visit to Venice.