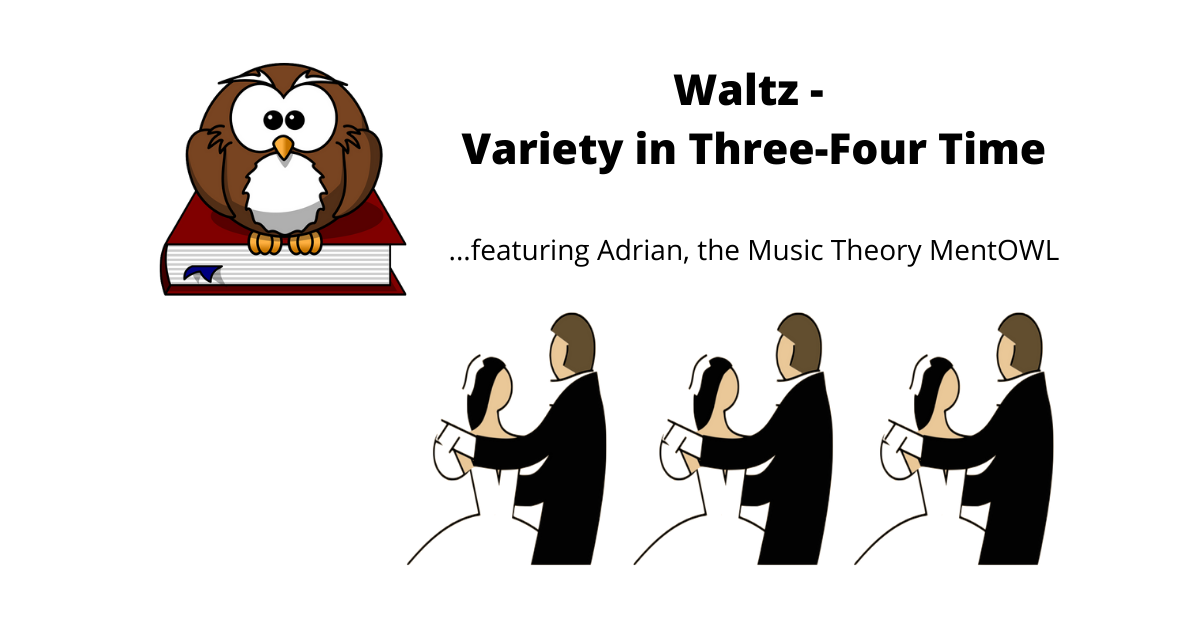 You know the waltz – of course. Probably you were even tormented with it in dance school. What is often forgotten: not all waltzes are the same. This dance is characterized by an extraordinary richness of facets. Adrian and I will give you an insight.

It is time to prepare for the ball season. Do you want to show yourself from your best side not only on the dance floor but also in small talk? Then read the mini article series about dance music here in the StarkConductor Blog. In today’s third part: the Waltz.

Waltz - who invented it?

The question of who invented this popular dance form is not so easy to answer. Adrian, do you know anything about it?

“The waltz is the oldest of the modern civil society dances.” 1

Very funny, Adrian – your explanation is not really concrete.

I apologize for Adrian. But the fact is: Adrian is an owl for whom clean scientific work is the top priority. That’s why you will only hear statements from his beak that reflect the established state of knowledge. I am responsible for the speculations 😊

That’s why I’ll tell you that the waltz was most likely derived from the Middle High German word “walzen” – that doesn’t sound very elegant at first. But in Middle High German “walzen” simply meant “to turn”, and that hits the nail on the head. Because no matter what kind of waltz you dance, you always have to turn.

Not all waltzes are the same

You have read correctly: There is more than one characteristic of the waltz. Perhaps you remember this from the dance school, where the dance teacher whipped you across the parquet after the comfortable Slow Waltz with the Viennese Waltz.

Adrian will explain both versions to us in a moment, but first I would like to point out something important: Each type of waltz is in the same time signature, in three-four time. If you want to learn more about time signatures, please read on here.

“The Slow Waltz is usually danced at a tempo of about 30 bars per minute. Figures can also be inserted.”

To return to the initial question of this article: Who invented the Slow Waltz? Who do you think? Feel free to give a tip.

It was Carl Friedrich Ebers. A rather unknown German composer and Kapellmeister (the good old job title for today’s conductor) who was a contemporary of Mozart and Beethoven. In 1806, Carl Friedrich Ebers published a collection of dances in which the designation “Slow Waltz” appears – according to current research, this is the first use of this designation.

“The Viennese Waltz is the fast form of the waltz. It is danced at a tempo of about 60 bars per minute.”

You see: The Viennese Waltz is twice as fast as the Slow Waltz! This is a huge difference, which is also reflected in the level of difficulty. By the way, both forms developed at about the same time – the first mention of the Viennese Waltz can be found in the year 1797. This type was always a main component of Viennese operetta – the “King of Waltzes” Johann Strauss was world famous.

Now you are already familiar with the Slow Waltz and the Viennese Waltz, which differ significantly, primarily in tempo (incidentally, famous people have spoken about tempo in general, for example Mozart).

But that is by no means all, for there are other forms. I will show you one of them in the next section.

"Maestro, how would you like us to play the waltz?"

For us conductors, the differences between the individual characteristics of the waltz are of great importance, because they have a huge influence on the interpretation and the style of music-making. As a simple example I would like to show you the difference between a Viennese Waltz and a French Waltz.

The Viennese version is famous for its prominent Two. This refers to the music-making tradition in which the second count of the waltz is played more or less ahead and also with considerably more weight (“RamZAAAM-zam” instead of “Ram-zam-zam”). You know this – guaranteed – from the annual New Year’s Concert of the Vienna Philharmonic Orchestra in the Golden Hall of the Vienna Musikverein.

The French version, on the other hand, must be played straight, i.e. without the prominent two (“Ram-zam-zam”). We conductors must be able to distinguish the different forms – otherwise we would be committing a stylistic error, and that is of course frowned upon. Unfortunately, not all composers have always been so kind as to tell us what kind of waltz it is – so here it depends on a well-trained stylistic competence.

Now I would like to offer you the opportunity to hear the difference between the two forms. Listen here in direct comparison to the Viennese Waltz Geschichten aus dem Wienerwald by Johann Strauss and Pjotr Ilyich Tchaikovsky’s Waltz of the Snowflakes – a French Waltz that is part of the famous Nutcracker:

The next article on dance music will also be the last in this mini-series. What is the best conclusion? Latin American temperament of course! Therefore, the last article of this dance music mini-series will deal with tango.

The Two Faces of the Upbeat